The Major Takeaways from the Big Facebook Outage of 2021 Unless you live under a rock and somehow missed it, Facebook experienced an outage, an inconvenience that kept users from accessing its services all over the world. Perhaps to your surprise, the real ramifications of this outage have nothing to do with people not being able to share pictures of their cats or yell at each other in the comments.

How to Keep a Disaster from Ruining Your Business When we discuss business continuity, the generalization “disaster” could mean just about anything that halts normal business operations. How does your organization respond to an actual disaster, one that can potentially destroy your business completely? Let’s take a look at some of the ways your organization can prepare for these circumstances to keep your organization from an unfortunate demise. When you have a thorough and powerful data backup strategy in place at your business, you are protecting your operations, your employees, and your customers from an array of terrible scenarios. Unfortunately, many businesses don’t think of data loss in the terms it should be considered in, a complete travesty. Today, we thought we would briefly describe the long and short of data backup and recovery practices that can put your business in a position to secure and restore your data should it be corrupted, destroyed, or stolen.

How to Count Down to Beneficial Data Redundancy A business’ data needs to be considered a priority, which means that its protection should be prioritized accordingly. One facet of doing so is maintaining a backup with a strategy in compliance to best practices. To accomplish this, your backup should feature something that isn’t often considered a benefit: redundancy.

Secure Your Data with Backup and Disaster Recovery Part of being a successful entrepreneur is having a positive mental attitude. After all, pessimists wouldn’t make it far. Stats, however, tell a story regardless of a business owner’s perception.  Statistically, most businesses will have to deal with some sort of “disaster”. That is: a situation where your business will be very much at risk. For this reason, we recommend BDR.

In the Face of All That’s Happening, Backup is All the More Important Tomorrow is World Backup Day, which--considering the current business climate as the coronavirus pandemic rages on--seems only too appropriate. Let’s discuss why times like these make it only too clear how critical a business continuity strategy is, especially when supported by the right backup solution.

World Backup Day Reminds Us All that, Yes, it Can Happen to You There are a lot of things a business should have, that they hopefully won’t need. A few examples might include a fire extinguisher, a plunger, or a Backup and Disaster Recovery solution. Each of them are exceptionally important in their own way. Since today is World Backup Day, we’ll stick to discussing BDR.

How NOT to Maintain a Backup A data loss incident is considered a major disaster scenario, especially for small and medium-sized businesses. All it takes is one moment to lose your business’s entire data infrastructure. We’ll walk you through a story that should serve as a cautionary tale, one that hopefully teaches you to adhere to data backup and disaster recovery best practices.

Marco Marsala, a hosting provider, posted on a server forum looking for advice on how to deal with a major issue he encountered while trying to delete a few files. He had utilized what’s called the “rm-rf” command with undefined variables, which wound up destroying all data on the system. Like any good hosting provider, he had backups of the files, but, like a dumb-dumb, he had the backups stored on the system that he accidentally wiped. What a mess.

This is actually a similar blunder to one that Pixar experienced, almost deleting Toy Story 2 prior to its release.

As a result of Marsala’s negligence, all of the data that his company had stored was destroyed. This included the data of 1,535 customers, whom he had built and hosted websites for. Without any backups stored off-site, he had no way to recover the data.

As you might expect, the responses that Marsala received from other users of the online forum were quite negative. Many completely dismissed the possibility that his company could recover from such a devastating failure, and others questioned his abilities as a hosting provider. One poster even went as far as recommending that Marsala seek legal counsel, rather than attempt to restore the data, predicting that Marsala was “going out of business.”

The conclusion: Marsala’s best chance of recovering from this major blow was to recruit help from a third-party data recovery firm. Fortunately for him, the company was able to recover his files, but that doesn’t change the fact that his simple mistake was a huge hit to his company’s finances. The company suffered from fees associated with the disaster recovery process, as well as reduced income from the loss of business suffered as a result of his negligence.

The lesson: neglecting to follow best practices got Marsala in some hot water, and his failure basically invited disaster to his doorstep. Following the accepted best practices of data recovery could have easily prevented the situation from escalating as quickly as it did. In fact, Marsala’s reason for distress (user error) is one of the most common reasons to use a backup and disaster recovery solution, a solution that stores your backups off-site on a separate system.

Storing your data off-site allows your organization to avoid the many causes of data loss, including user error, fires, electrical surges, hardware failure, theft, and so much more. This minimizes the risk of these events threatening your business’s operations.

How do you manage your business’s data backups? Are they stored off-site, and do you have a system in place to rapidly deploy them in the event of a major disaster? If you’re uncertain, reach out to DTG at (954) 739-4700. Technology, while a great asset that can be leveraged for your benefit, can also frighten businesses due to how unpredictable it can be at times. The constant threat of data loss, identity theft, and hardware failure can cripple your business’s ability to retain operations. Specifically, businesses can learn about risk management by analyzing the processes used by an industry where risk management is absolutely critical: nuclear power plants. September was National Disaster Preparedness Month, and as such, it’s important to consider the state of your business’s current backup and disaster recovery practices. Different disasters pose various threats for your organization, but many of them have one thing in common: they’re going to ruin your physical IT infrastructure, and, depending on your backup practices, could potentially bring down your entire operational infrastructure.

Not Even Google is Exempt From Data Loss Disasters When you store your data in the cloud, you assume it will be safe and that nothing bad will happen to it. But what if the real clouds hovering above your virtual cloud are literally full of lightning? Google experienced this last month when one of its data centers in Belgium fell to the wrath of Zeus. 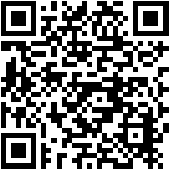