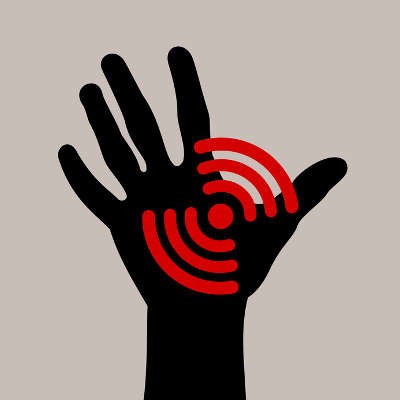 No ID Badge Required, Just Swipe Your Hand to Enter the Office

The use of chip implants in humans has long been a controversial topic of discussion. Up until this point, chip implants could only be found in various works of dystopian fiction. But given the speed at which new technology is developed, it was only a matter of time before these implants were actually created and utilized. Thanks to a group of innovators in Sweden, fiction has now become a reality.

Epicenter, a building in Stockholm that is home to more than 300 start-ups and innovation labs for larger companies, has made implant chips available to its workers for the past few years. As of early April, 75 of the 2,000 people who work for the organizations housed there have been implanted with a chip. In addition to that, another 75 people who had no direct affiliation with Epicenter, but had attended open events at the facility, volunteered to be “chipped.”

Why would anyone do this?
In an interview with the Washington Post, Patrick Mesterton, the co-founder and chief executive of Epicenter, explained, “We’re just doing this because it’s interesting. We want to play around with technology.” Mesterton and six of his 12 employees have also been implanted. When others were asked why they would sign up for such an experiment, they expressed enthusiasm about being “part of the future.”

Epicenter’s use of this technology also seems to be motivated by efficiency. These chip implants would replace key cards, employee ID badges, and even credit cards for certain functions at the facility. Imagine being able to unlock a door or operate a piece of machinery with a simple swipe of your hand. You’d also be able to literally connect to your devices.

If you are nervous about having a chip implanted into your body, and understandably so, consider the fact that they are about the size of a single grain of rice. These tiny, biologically safe implants are injected into the hand by a pre-loaded syringe in a process that lasts a few seconds, and isn’t particularly painful or bloody. Mesterton is also quick to remind people that technology has already been implanted in humans for decades, in the form of pacemakers and other health-related devices.

How do these chips work?
The chips use Near Field Communication (NFC) technology, the same that’s used in contactless smart cards and mobile payments. Small amounts of data flow between the chip and a reader via electromagnetic waves. These implants are also passive, meaning that they contain information that can be read by devices, but cannot read information themselves. Passive chips also do not have a built-in power supply and cannot send signals about its position. So for those concerned about the device’s ability to track people, Mesterton offers this, “If a person is worried about being traced, your mobile phone or Internet search history poses a bigger threat than the RFID [Radio Frequency Identification] chip we used ever would do.”

Interesting... but is this necessary?
Not only is this topic a question of practicality, but there’s also the issue of demand. Michael Chui, a partner with the McKinsey Global Institute who leads its research on the impact of long-term technology trends, has said that while there is “a broad awareness for the technical ability for this to happen,” there is currently “zero interest in actually doing it.” Many executives at the biggest companies in the world feel that the use of smart badges is scary enough, so they probably wouldn’t give chip implants a second thought.

Apprehension over these implants is completely understandable, but we also shouldn’t overlook the fact that existing technology (that doesn’t require a syringe) is already effective. Yes, ID badges can be lost or stolen, but fingerprint and hand scans are already a popular way to resolve that issue. Wearable technology is another less controversial alternative, and the aforementioned smart badges have sensor technology embedded on a worker’s ID, allowing for tracking, voice detection, and other high tech features.

Lastly, and most importantly, hacking is a foreseeable problem with this technology, and as implant chips become more advanced, the ethical dilemmas will only increase. Ben Libberton, a microbiologist also based in Stockholm at the Karolinska Institute, says that hackers could conceivably gain a lot of information from these chip implants. Libberton explains, “The data that you could possibly get from a chip that is embedded in your body is a lot different from the data that you can get from a smartphone.” This data would include information about your health, your whereabouts, and how much time you spend working. It’s scary enough when your PC gets hacked, let alone your actual body.

What do you think? Would you ever participate in something like this to become “part of the future”? If chip implants are too extreme of an option for you and your employees, DTG can provide you with several more ethical security options. Leave us a comment to weigh in on this topic, or give us a call at (954) 739-4700, if you’re looking to improve your company’s security. 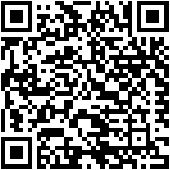